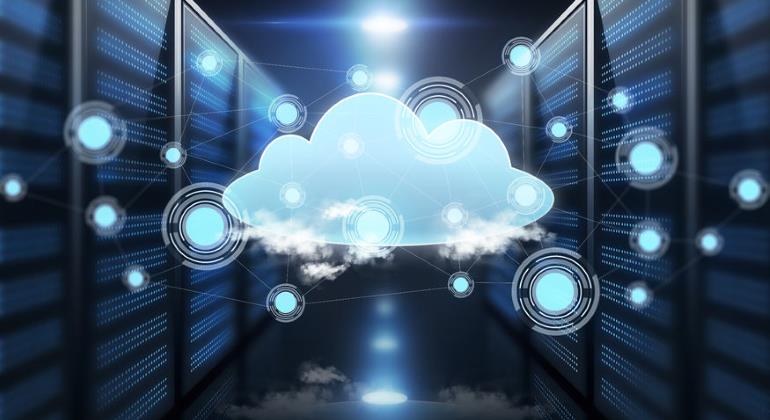 Having an in-house server used to be how everyone managed their business. Proprietary business secrets were carefully guarded, with information hoarded by those at the very top, shared only grudgingly with the people below. The left hand seldom knew what the right hand was doing, resulting in a massive amount of duplicated effort, lost time, and wasted money.

This was called the “silo method” of business management. Departments didn’t share, either. Inventory, production, order control, the likelihood of a customer to pay when taking a new order—it was all guesswork—until ERP (Enterprise Resource Planning) came along, introducing large-scale horizontal integration of departments and information. It was the beginning of the modern age of business.

The Price of Business Intelligence (BI)

BI is data analysis, using numerous tools, applications, and techniques to organize information and create strategies based upon it. That defines what lives at the core of BI.

Bringing together pieces of information (both internal and external), to compare them in detail provides us with the opportunity to discover invisible trends, not perceptible when information is scattered all over. Before we can derive the first scrap of useful information, however, it requires that we put all the data we have into a format where it can be usefully accessed.

We need a substantial database (such as the NoSQL/non-relational Casandra database, which is highly scalable, with high availability); we need an efficient system to accept, sort, and recall data; we need user-friendly interfaces to convey information quickly and effectively. We need Big Picture methodologies to present the information so that it is comprehensible to decision makers, and useful to people that need to utilize it on a daily basis.

Reducing the Costs of being Progressive

This is where large-scale server farms came into play. They fulfilled a demand from startups to acquire computing power without necessitating massive investment in infrastructure. New companies could focus what resources they had on developing their business, product, or service, and not lay out hundreds of thousands of dollars for servers, staff, set up, and maintenance. Using someone else’s servers is known as IaaS, or Infrastructure as a Service. All it required was sufficient bandwidth on an internet connection.

A similar tool, especially useful to developers, was developed. It was known as PaaS, or Platform as a Service. The benefits of this were immense. When testing programs on a real system for stability and crash-resistance, you would have to spend hours re-initializing it for the next tests once it (successfully) crashed. With PaaS, you can instantly restore it to pre-crash condition with a keystroke, and begin testing again. Developers saved their most precious commodity: time… and that equals money!

Sometimes you need microservices, where complex applications are supported by independently versioned “services." They can be either stateful or stateless, but since they are often customized and modularized, they run in “Containers” in a black box state. That means that the customer doesn’t interact directly with the code. These microservices can be provisioned on a cloud server for easy modification and allows disconnection when the client no longer requires (or pays) for the ability. This is known as CaaS or Container as a Service. AZURE’s Service Fabric offers this capability.

Now we have the tools to analyze Big Data in a way not previously possible. The advent of AIaaS (AI as a Service) permits us to use that immense, intimidating collection of data in ways that are beyond mere humans! AIs will never rule the world (you’ve been watching too many TERMINATOR movies), but they will be the best thing we’ve created so far as a race.

They are not good at “thinking” yet, but they can analyze at millions of times the speed of humans. Medical imaging has been revolutionized by letting AIs look at (for example) X-rays or MRIs. They find tiny anomalies that human eyes miss because the oddities are several inches apart, too far for a human eye/brain to make the connection. When the whole thing can be grasped at once, it becomes apparent.

As you can see, the potential is immense. Those who possess massive internal server farms to manage their businesses are still understandably reluctant to move to the cloud. They’ve invested (potentially) millions in hardware and staff. Would moving to the cloud make all that useless? It’s time to take a fresh look at the world of computing.

If you have one corporate server in New York that provides facilities for all of your satellite offices, one event can put your company in limbo. Consider the 2003 Northeast Blackout that left 50,000,000 people without power for two or more days.

The average total cost per incident was about half a million in 2010 and almost ¾ million in 2016. Maximum downtime costs now exceed $2.4 million, an increase greater than 81%.

When customers come to your website and get a blank screen or “404 Error” who can blame them if they move on to your competitor? People are so impatient that they will move on in less than 10 seconds if a site is unresponsive.

Having duplicate, distributed servers running in Toronto, Los Angeles, Denver, Austin, and New York has several advantages. First, by eliminating the bottleneck of a single corporate server, your website response times improve, meaning more customers stick around and interact. Each server behaves locally, meaning people in LA don't have to wait for the NY server to receive, process, and return their request. It happens right in LA.

Second, if LA goes down, Denver just automatically (and seamlessly) picks up the slack and no one even notices that something happened (unless they’re in LA and are affected directly by the event itself).

Third, with the increase of Ransomware events, if you are attacked, and your server is corrupted, it is a simple matter to erase everything, format the drives and download a clean copy from any of the other servers. No more of these million dollar ransoms to retrieve your data!

Fourthly, if you are an international company (and who isn't nowadays?), having cloud servers in Australia, Europe, or Asia will make your global services more responsive, too.

What about my Hardware?

The best hardware solution is to let it fail! As each part ages, showing signs of unreliability, instead of replacing it, switch that portion to a cloud service. The change is seamless, and server provisioning is virtually unlimited as to size. If you need a Terabyte to start, that’s fine. If your company grows to need a Petabyte, that can probably be arranged, too (although that is a ridiculously large unit of measure equal to 1015 bytes).

Attrition means that you get maximum use out of your current hardware until it fails. It is akin to driving the same car until it disintegrates into rust. You obtained all the use you could out of it—every penny of value—so now move on to a managed service where they replace the parts; where they pay the IT people to keep things running; where they worry about keeping the system 99.999% available.

It saves your company an immense amount of money because the service you use automatically expands and contracts according to your needs. You pay for what you use and not for an extra $180,000 cabinet in your server room "just in case."

Of course, a cloud server provides infrastructure for hundreds or thousands of clients simultaneously, so costs are shared with a large number of customers. It results in prices that are a mere fraction of your in-house costs for providing the same services.

Jentico is all about agile solutions and eliminating top-heavy decision-making. Traditional methodologies are time-consuming, costly, unresponsive, and lead to frustrated clientele—and that is bad for business.

We provide leading-edge solutions, and meaningful business consultation, all combined with a broad range of systems, infrastructure, and solutions-delivery across diverse industries and the most complex environments.

If you're still not "on the cloud," it's where you need to be. If you're already established there, we have innumerable ways to make it better, faster, more cost-efficient, and turn it into a responsive system that will make your customers happy. That means improved sales, with the added benefit that you will receive B2B/B2C/C2C recommendations directly from your customers. Word-of-mouth advertising is the most trusted among colleagues, and that means better business volume.

It’s time to listen to your business because it has a lot to tell you. Let us show you how! Give us a call at 1.844.536.8426, drop us a line at info@jentico.com. We'd be delighted to hear from you and answer your questions.